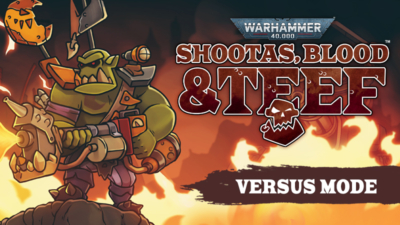 In versus mode you’ll be able to take on your buddies in epic, all-out scraps where the winning person (or team) will get all the glory (and bragging rights)! This is the opportunity to show Gork, or Mork, what kind of Greenskin you are.

Versus mode can be accessed both local and online in three different game modes which we’ll be touching upon today. In total there will be seven of the fightiest arenas available for your pickings, with each arena made after a particular zone from the campaign. For example, there is the Concert arena that’s made after the Six Shoota stage. 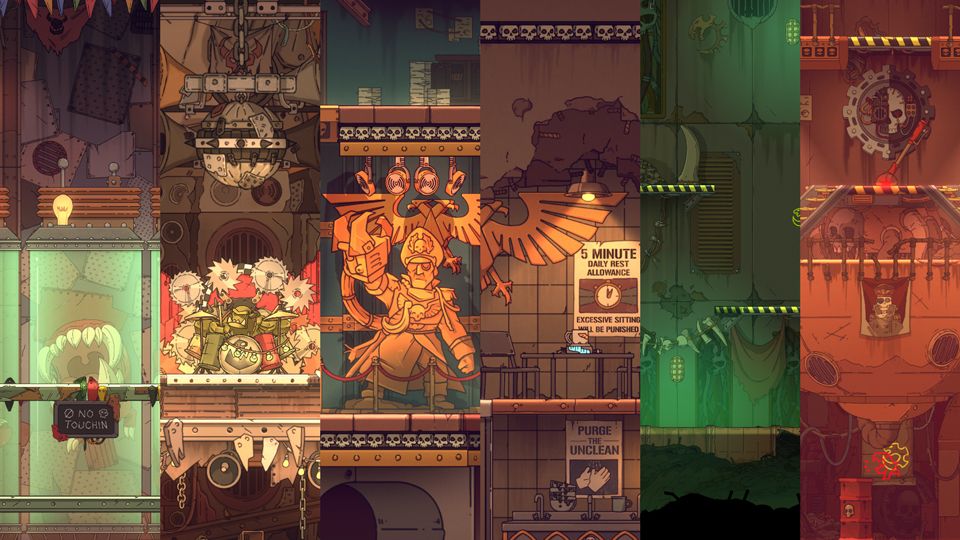 The following game modes will be available in versus:
Team Deathmatch
This game mode is pretty straightforward. The players will be divided into two teams (clans) and will take on the other clan to reach a certain kill count the fastest. The team that makes enemy heads go splat the fastest wins! It’s as simple as that.

King of the Hill
Same as with TDM the players will be split into two equal teams (clans). Different from Team Deathmatch is that the amount of kills doesn’t matter here. Making heads go splat is fun, but here it’s all about standing your ground in a certain highlighted area within the arena. The longer you can hold it, the more points you receive. In the end, the team with the longest time held will be King of the Hill, and crowned victor!

Juggernaut
It’s every Boy for himself in this free-for-all game mode. Everyone is a target, and a threat at the same time. One Boy will start as the Juggernaut, and will receive a couple of boons like increased damage reduction and faster Waaagh generation. Whenever someone kills the Juggernaut, he will become the Juggernaut instead. And so on until the time is up. Whoever has been the Juggernaut the longest when the match finishes will be crowned victor!

Each game mode has the usual customizable settings for versus games like maximum game time, point cap and enabling/disabling certain weapons. 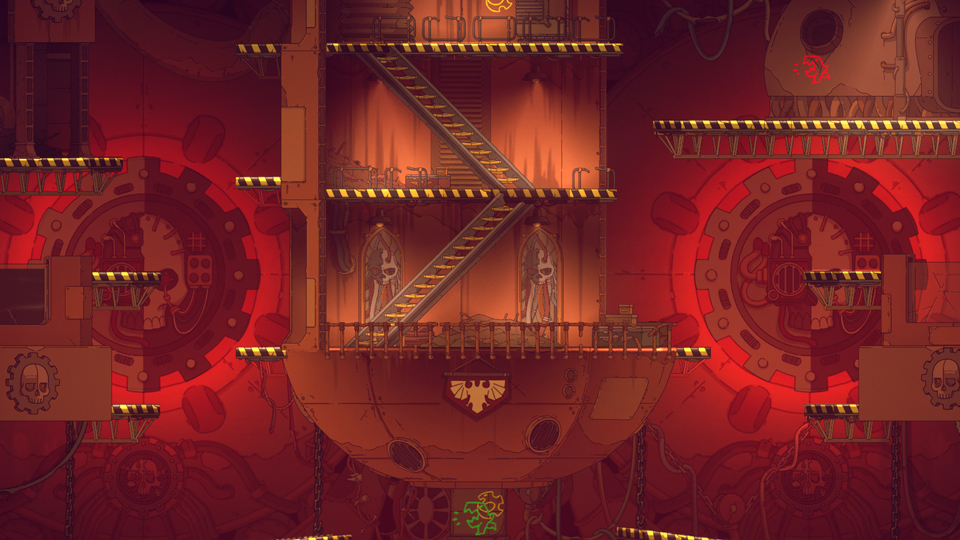 And what about the shinies?
What are the rewards for beating up each other in the versus arena? First and foremost, you’ll be the undeniable fightiest git of your buddies, and receive the bragging rights to let all the other Boyz call you their Warboss! Next to the real life title of fightiest git, you’ll be able to unlock a couple of in-game cosmetics through the versus related achievements. These achievements unlock special hats so you can further flex your prowess in-game, bestowing fear in the hearts of those you’ll face next!

So yeah, that’s the overview of the versus mode! We hope lot’s of Boyz will have a blast fighting their friends for the title of fightiest git.

See you all in the arena on Orktober 20th!